I was approached recently about drawing up a design someone had in mind and decided to give it a go. It’s very tricky working with other people’s ideas, particularly non visual art people (which is usually the case as the visual arts people are usually happy to make things themselves) because of the challenge of working out what they have in mind so you can try to bring it to life. Not to mention that many non arts people kind of assume an artist can do anything. Whereas most artists have styles and mediums they are most comfortable with. So if someone came to me and wanted to commission me to paint a car in photorealism style (that’s where it looks like a photograph) my first question would be “why me??”. I’ve never done any work in that style, so it would cost a fortune because it would take me forever. Not that it isn’t fun to get a challenge and stretch yourself, but usually not on someone else’s dollar. That’s what art school is for!

Anyway! The brief in this case was a pencil drawing. The requirements were very specific (which is great, very specific or very flexible is easy to work with – vague is always the tricky one) and even came with an existing sketch. The previous artist commissioned had produced the drawing and now my customer wanted it reproduced exactly the same but with a few design changes and different wording.

He wants to scan the image and put it onto T-Shirts and other merchandise. I really wasn’t a fan of the pencil. I decided I’d take a risk and paint it up in inks and see if he liked it. No money had changed hands so no harm done (except for my time) if he didn’t. Here’s my version with his changes: 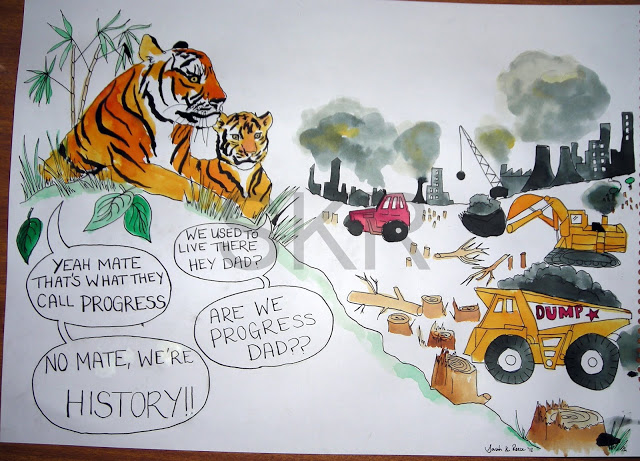 Here’s the version he brought to me: 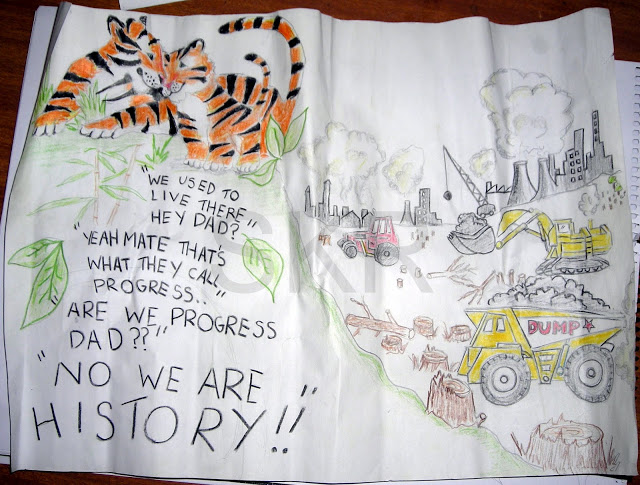 I de-cartoon-ified the tiger and cub too. I’m pretty happy with how it’s turned out. He came round to have a look when I was part way through, before any of the colour had been added and was pretty happy with it. 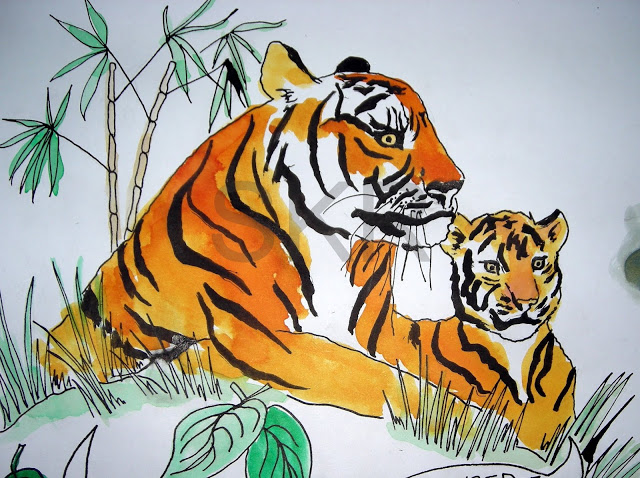 I really like the tone through the tiger’s coat. It was very handy that I’d brought such a range of ink samples in so many different colours recently! Now I really very badly want to buy the full size bottles! 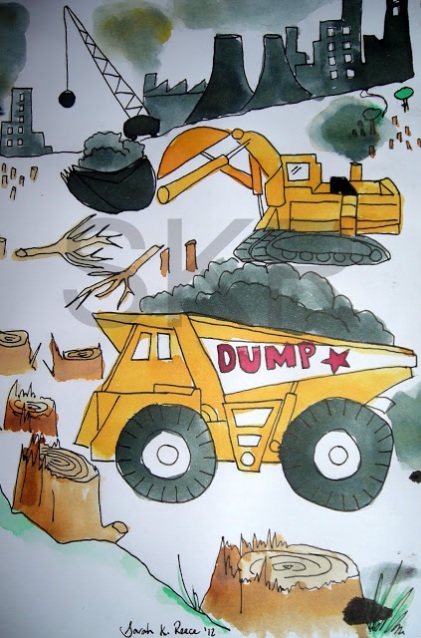 I also like that the trucks are a bit similar in colour to the tigers, that now they live there instead. 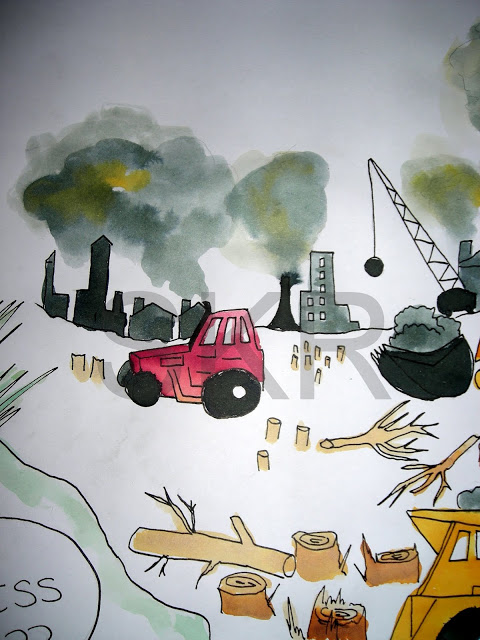 I’m going to have to write up a new form of receipt, because this is an unusual situation. I’ve previously sold either the physical artwork, in which case the other person owns it but does not have the right to take a photo of it and put it up on their website or put it on mugs and sell them because it’s my artwork. I’ve also sold the digital image of artworks, where they have bought the right to use the work on a website (such as here) or print on a brochure (such as here on page 9). In this case I’m selling both, the physical work and the digital image, and the copyright to reproduce it. A bit of money coming in will help with my vet and dentist bills! 🙂